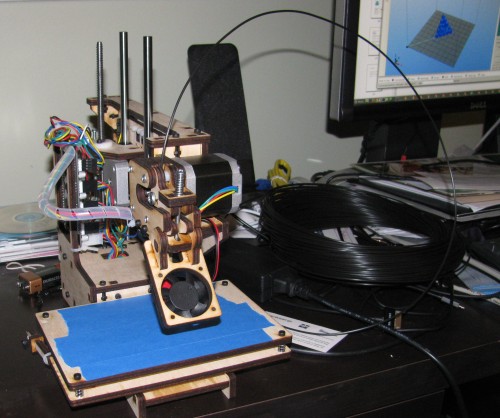 Last time I almost finished the build, but got hung up waiting for some glue to dry. There isn’t much more to put together.

The last few steps went very smoothly, I didn’t have much to do and I only had a couple of notes that I’ll add to the bottom of this post. 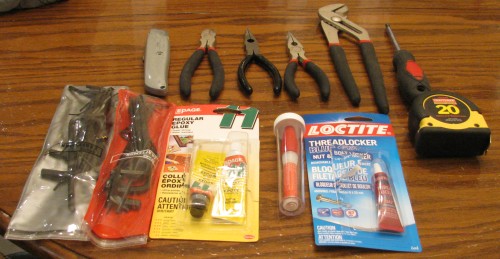 Having access to a computer near the build is also very valuable for reading the directions / looking stuff up.

Read on for details about the last few steps.

Step 60 – I spent time looking for the hot end power extension and had even reached the conclusion that it was a missing part. Then I realized I had followed the recommendation that it be hooked up to the circuit board back on step 16.

Step 63 – Better instructions for orientation of hot end + wire management would be a good idea, I fiddled a lot with this before I was confident the zip tie was going to provide some strain relief.

No where in the directions does it mention hooking up the y-axis end stop.

Nor are the x or z motors connected to the main board. Someone also mentioned that as the x and z motors are concealed, it’s tricky to know which connector is which. Marking them would be a good addition.