All 3LCD displays have the potential to have convergence issues. Since the 3 display panels are mounted independently, the manufacturing process has to install and align the 3 panels – and any of the other elements in the optical path such that the resulting image on screen shows perfect alignment of the red, green and blue pixels.

There is also chromatic aberration to consider as well. My impression here is that the Epson lens system doesn’t introduce too much chromatic aberration. The lens on my digital camera seems to have a bigger problem here, causing the blue mis-convergence my 1080UB has to seem worse than it is. I’ve also noted this in other peoples screen shots of their convergence issues.

There is plenty of debate over what is acceptable mis-convergence. The competing DLP projection technology tends to using a single DMD chip with a colour wheel. Using a single chip has both advantages and dis-advantages. There are 3 chip DLP projectors, which will have some of the same convergence issues. The recent Sony VW60 has a novel solution to this problem, allowing for adjustments via image processing to hide the effect of mis-converged panels.

Ideally a projector with perfect convergence would be best. It is a little frustrating to know that there are 1080UB units out there with better convergence than mine may have. However, in the bigger picture – convergence is not the only measure of the quality of a projector and there are certainly other variables to consider. The best advice is to worry if you can see the effect from your closest seating distance, test patterns will show it up much more obviously than video material which tends to hide this type of problem. At the 1080UB price point, there will be problems if you look at things under a microscope.

My 1080UB has relatively good convergence. The blue is off by less than a pixel, and red and green seem almost perfect.  It turns out that blue is a very difficult colour for people to see, so having blue mis-converged is much less of an issue than red or green. I can only see the mis-convergence by standing right up against the screen. Here is a picture from quite close up of the internal menus, excuse the poor quality of the picture this is the best after multiple attempts with my point and shoot digital camera: 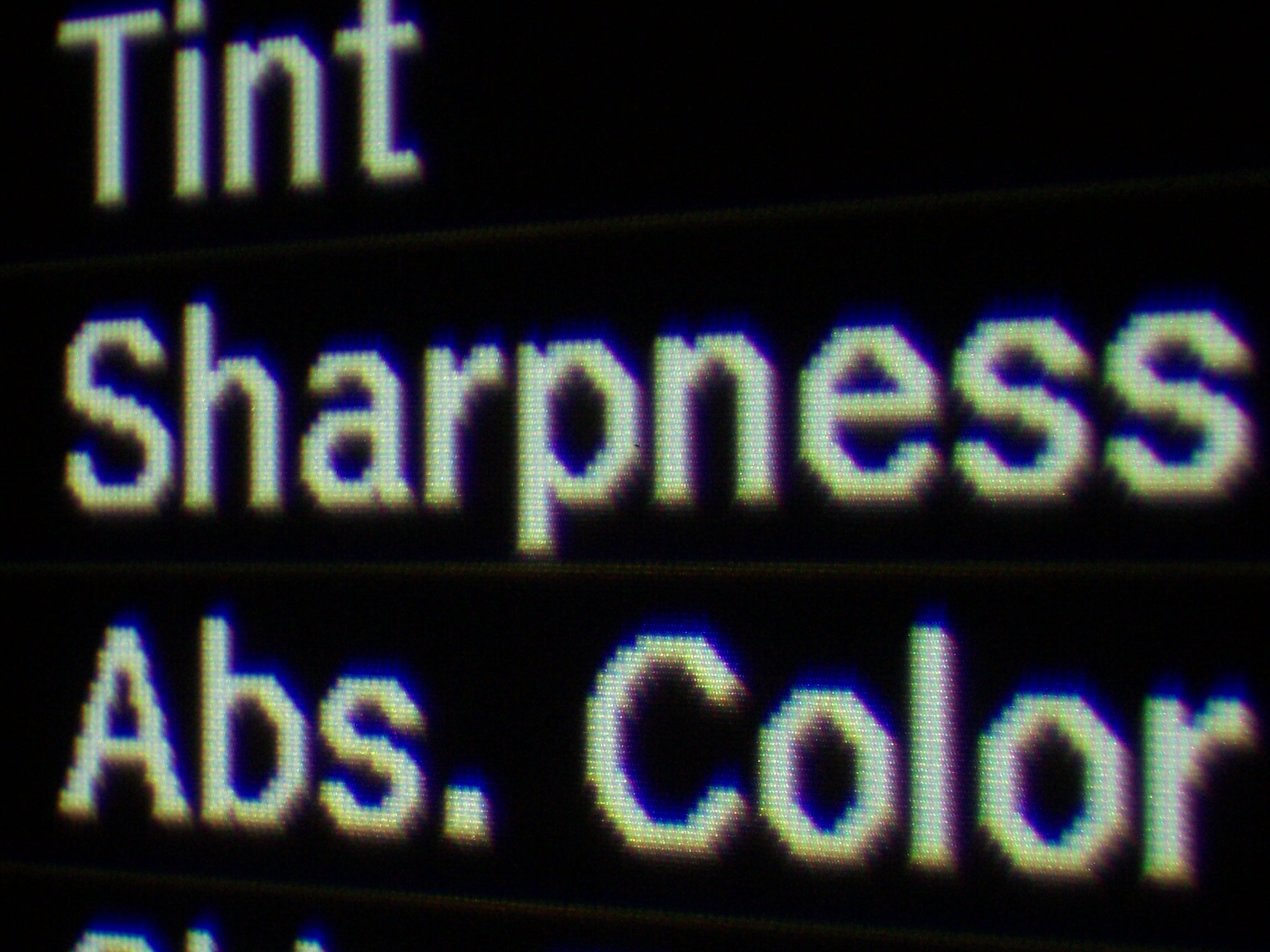 For comparison here are a few that I’ve captured from AVSForum that demonstrate bad convergence: 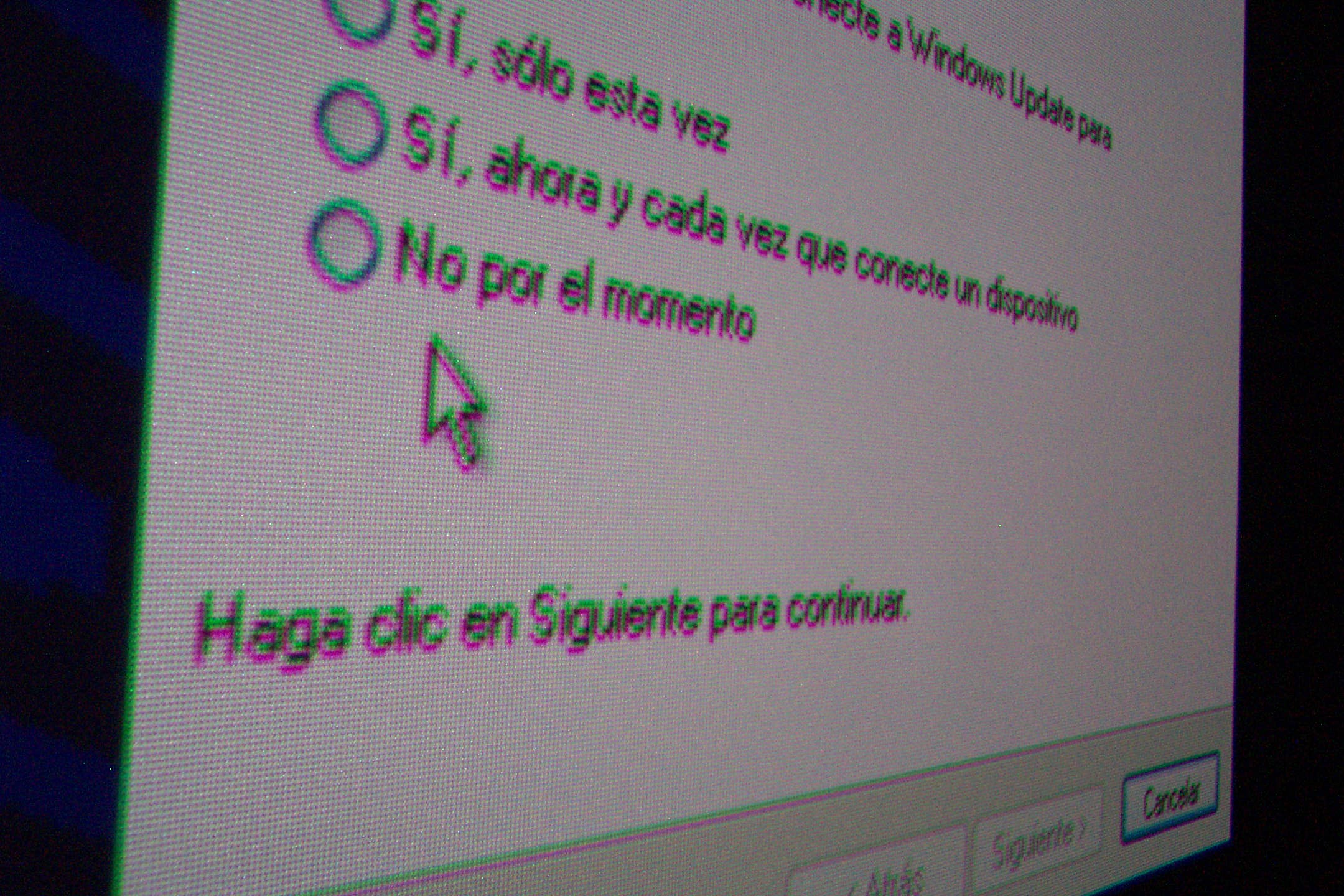 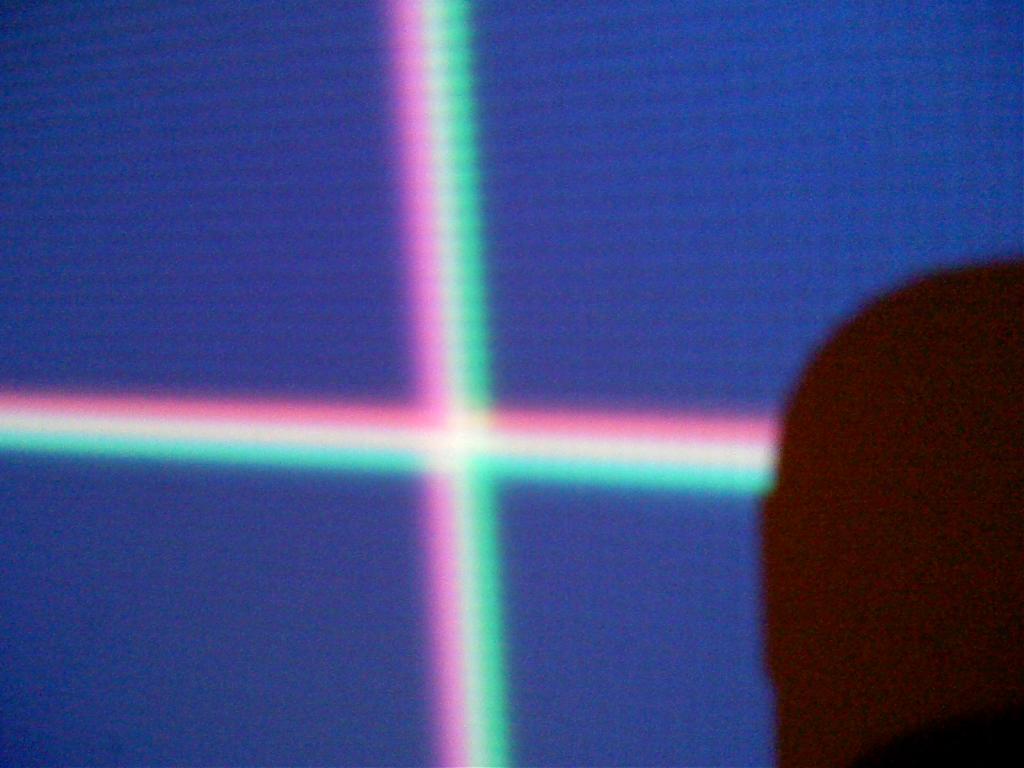 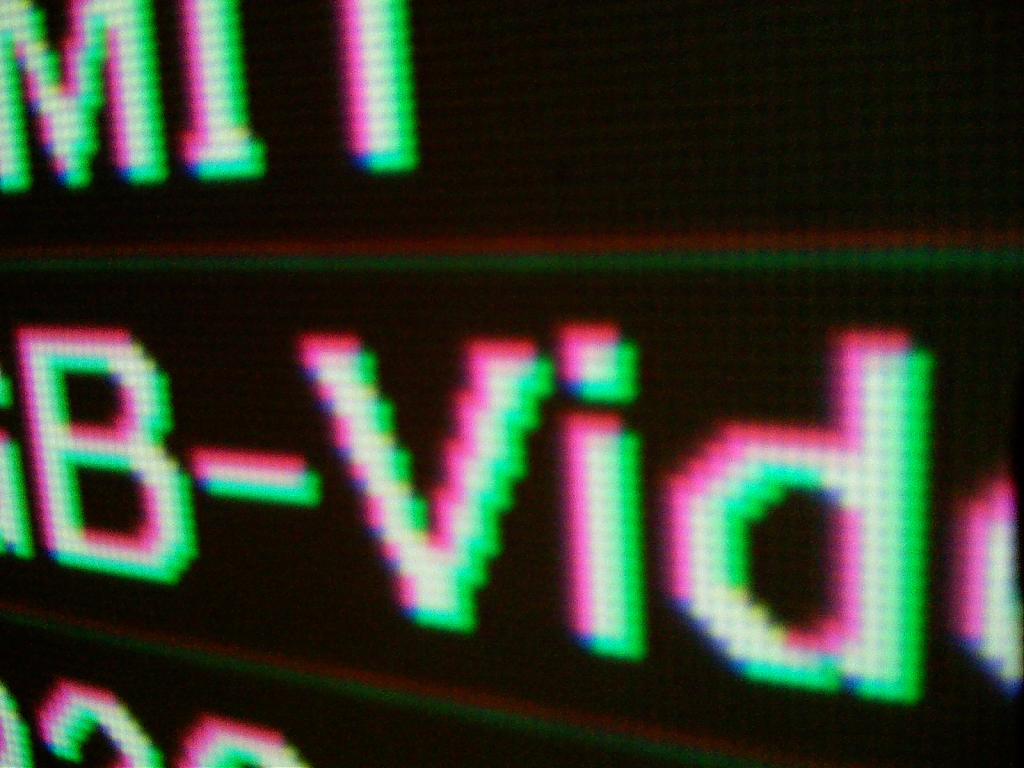 In each of the above examples, there is an obvious mis-convergence. It was reported as clearly visible from the normal seating distance with test pattern material. Normal video made it more difficult (or nearly impossible) to spot.

Art Feierman of projectorreviews.com recently posted in his blog on the 1080UB convergence problems which have been a hot topic on the AVSForum of late. Seeing Art’s posting was the kick I needed to write this up, which I’ve been meaning to do for a while.

From everything I’ve read, Epson has provided people with great after sales service – replacing any units people feel are not good enough. Recently my $200 rebate arrived, so I’m quite happy with Epson in that I didn’t need to call the rebate center and chase my claim – another thumbs up on customer service in my opinion.

In summary – I consider myself satisfied with the convergence of the 1080UB I have, it isn’t perfect – but after spending some amount of time evaluating it, I have to honestly say that I cannot see it from any reasonable seating distance.