I tell people that I’m pretty handy, but the truth is I just like to take things apart. When I was a kid I used to take the kitchen cupboard doors off with a screwdriver, and then put them back on. So noisy fan and a label like this:

Is just an invitation to crack the case open and fix it. How can you resist when they tell you they don’t expect you to be able to fix it yourself? Actually, over the years I’ve fixed a few power supplies – so this was pretty much business as usual.

Now what was a bit unusual about this one was how nasty it had gotten inside. This PC was my old webserver, and it sat in the basement while I was renovating – including busting open the concrete floor to do some plumbing (something I don’t recommend). The PC case itself had a very dead spider, and a fair amount of concrete dust everywhere. It is sort of surprising it was working at all. 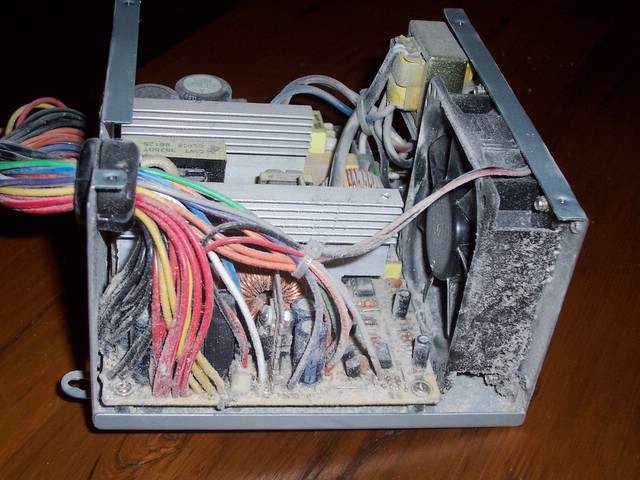 Even after blowing the dust out the fan was very noisy. Luckily I happened to have a few 80mm Vantec Stealth fans around. Replacing the fan was pretty straight forward. I ended up splicing the wires as the new fan had 3 wires (yellow for speed control) and the stock fan plug wasn’t a match. Here is the new fan installed in the cleaned out power supply. 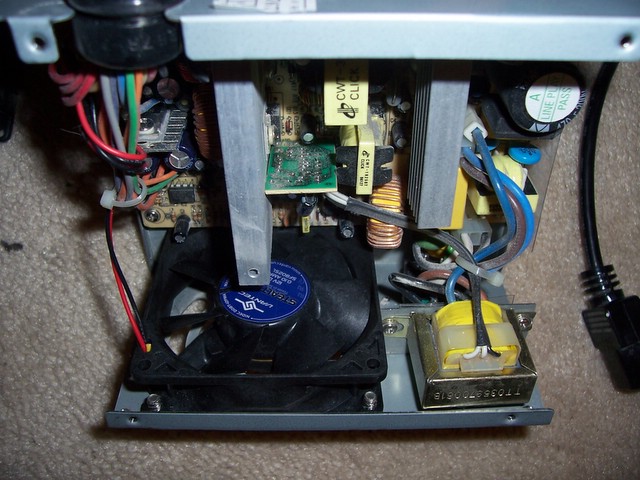 The date on this power supply is April 30, 1998, the PC its in is from the same era. I’m actually using this Pentium II 400 for something useful, but I honestly can’t say how much longer I’ll bother keeping this relic around.. 10 years is a good run for a PC.