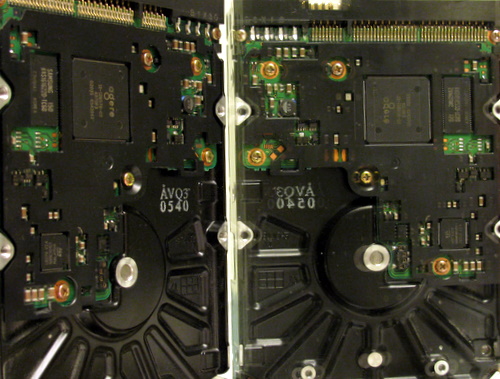 Mirrored drives are also known as a RAID 1 configuration.  It is important to note that running mirrored drives should not be used as a substitute for doing backups.  My motivation for running a RAID 1 is simply that with the drive densities today, I expect these drives to fail.  A terabyte unit is cheap enough that multiplying the cost by two isn’t a big deal, and it gives my data a better chance of surviving a hardware failure.

I purchased two identical drives several months apart – in the hopes of getting units from different batches. I even put them into use staggered by a few months as well.  The intent here was to try to avoid simultaneous failure of the drives due to similarities in manufacture date / usage.  In the end, the environment they are in is probably a bigger factor in leading to failure but what can you do?

Linux has reasonable software raid support.  There is a debate of the merits of software raid vs. hardware raid, as well as which level of raid is most useful.  I leave this as an exercise up to the reader.  The remainder of this posting will be the details of setting up a raid 1 on a live system.  I found two forum postings that talked about this process, the latter being most applicable.

We will start with the assumption that you do have the drive physically installed into your system.  The first step is to partition the disk.  I prefer using cfdisk, but fdisk will work too.  This is always a little scary, but if this is a brand new drive it should not have an existing partition table.  In my scenario I wanted to split the 1TB volume into two partitions, a 300Gb and a 700Gb.

Now let’s use fdisk to dump the results of our partitioning work:

Next we need to install the RAID tools if you don’t have them already:

Now recall that we are doing this in a live system, I’ve already got another 1TB volume (/dev/sda) partitioned and full of data I want to keep. So we’re going to create the RAID array in a degraded state, this is the reason for the use of the ‘missing’ option. As I have two partitions I need to run the create command twice, once for each of them.

Now we can take a look at /proc/mdstat to see how things look:

Mount the newly formatted partitions and copy data to it from the existing drive. I used rsync to perform this as it is an easy way to maintain permissions, and as I’m working on a live system I can re-do the rsync later to grab any updated files before I do the actual switch over.

Once the data is moved, and you need to make the new copy of the data on the new degraded mirror volume the live one. Now unmount the original 1TB drive. Assuming things look ok on your system (no lost data) now we partition that drive we just unmounted (double and triple check the device names!) and format those new partitions.

All that is left to do is add the new volume(s) to the array:

Again we can check /proc/mdstat to see the status of the array. Or use the watch command on the same file to monitor the progress.

That’s all there is to it.  Things get a bit more complex if you are working on your root volume, but in my case I was simply mirroring one of my data volumes.

3 thoughts on “Mirrored Drives with Ubuntu”