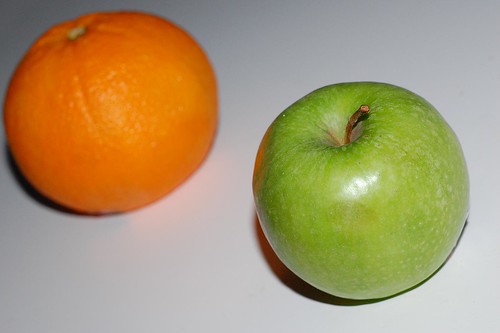 Having recently setup mirrored volumes with a pair of 1TB drives, I could now migrate data off the pair of 250Gb data drives to allow me to combine those two drives into a single volume.  Way back when I purchased these drives I had intended to run a mirrored setup, but at the time decided that having more storage was more important.  I had “cleverly” purchased two 250Gb drives from different manufacturers, in theory to avoid concurrent failures.  It turns out that not all 250Gb drives are made the same.

Following the instructions from my previous posting, all went well up to where I tried to add the 2nd volume to the mirrored set.  If you run into a similar problem you’ll likely see one of the two following errors:

I found some good hints on how to diagnose the problem, it turns out you can check the partition sizes manually

Close, but not quite the same.  As it was, I had unluckily chosen /dev/sdb as the 1st drive in the mirrored set.  It turns out that fdisk tells an even more interesting story.

Yuck, looks messy. At this point I’ve got some of my live data sitting on one half of the mirrored set, and no suitable 2nd drive to act as the mirror.  Somewhat predictably there is a solution that minimizes downtime and avoids copying all of the data to a new location.

First you unmount the volume and run resize2fs on it.  We don’t need to know the correct size, just any size smaller than the 2nd volume – so I used 200Gb.

Now we need to calculate what the correct size of the mirrored partition should be. I looked at two bits of data: the size the mdadm -D reported for the partition I wanted to resize, and the size that was in /proc/partitions for the same. These differed by 88 blocks, so I used the value 88 as a fudge factor – it may not be required but it worked for me. I then also ensured that I supplied a value that was an even multiple of 64 (blocks).

Drop the decimal places and multiply by 64 to get the number of blocks.

Now we feed this new size into mdadm and specify the –grow flag (which can also be used to shrink if you specify a block size smaller than the current which is what we are doing in this case).  We then re-run resize2fs without a specified size, which will cause it to expand the filesystem to fill the partition.

Now all that is left is to run a filesystem check, and remount it.

Now when you attempt to add the 2nd volume, it will be a matching size and the mirror will work.  In the future, I intend to be a little more careful when I plan to setup mirrored drives and pick the smaller volume as the starting point.

2 thoughts on “How to: resize a mirrored volume”