After months of agonizing over the decision to buy a PS3 I finally made the leap. 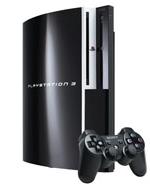 This is a decision that I’ve been mulling over since I purchased the Epson 1080UB back in January.  Once Blu-ray had “won” the format battle, the PS3 was nearly certainly on my wish list.  However, early in the year I chose to go with the Oppo 980 DVD player instead of making the leap to the PS3.

There are some stand alone players that are worth considering now.  While you can purchase one in around the $200 mark now, you may end up slightly disappointed with the quality.  Yes – a cheap player will enable you to watch and build a Blu-ray collection, but you are making trade offs on quality.  Looking more at the mid-range offerings, the Sony S550 is very recently available in Canada and offers some features that the PS3 does not.  It benefits from being a stand alone, single function device with IR control.  The S550 also provides internal decoding of the HD audio streams and discreet analog outs.  The PS3 edges it out slightly for performance, but the S550 will run cooler (quieter).  It was a tough choice – but the PS3 also serves as a media center and is more flexible appealing to the geek in me.

I’ve been watching the slow progression the PS3 has made recently, hoping that there would be an additional price break or introduction of new lower power chips.  Neither has really happened over the course of the year.  While 45nm cell processors are a possibility, the PS3 still uses a 65nm cell.  The RSX (graphics chip) is still the original 90nm version.  As a result the unit still pulls around 135Watts of power when in use.

The new 80Gig low end unit is effectively the same as the 40Gig that has been available since late 2007.  It does not have backwards compatibility, and features a reduced number of USB ports and connectivity options.  For folks like myself interested in Blu-ray playback or the PS3 games then it has what it needs.  Earlier units which supported backwards compatibility had the larger cell processors and more chips to support the old games, this meant running hotter with more fan noise.  I haven’t used the PS3 extensively yet, but so far it is quieter than the fan in my projector – which is very quiet (siimlar to the low fan noise of my laptop).

There are no deals on the PS3 happening in Canada.  I was able to score a minor deal from BestBuy.ca which lately has had the best prices on a number of the things I’ve been looking for.  Normally when they have customer appreciation sales with discounts in the 10% range video game hardware is excluded.  As chance would have it a sale cropped up that offered discounts that did include video game hardware.  I was amused to find that the next day a very similar online sale started and ran for a week duration, but specifically excluded video game hardware.

Only $25 off a PS3 isn’t much to boast about.  Considering that in the US people have access to a SonyStyle visa which gives them $100 credit on their first qualifying purchase over $299.

Previously FutureShop.ca had free shipping on many items and BestBuy.ca did not.  Now that both stores off an in store pick up (ISPU) that has no shipping cost, FutureShop now charges for shipping.  Just last night I ordered a copy of Wall E from BestBuy.ca for $27.99 + $1.99 shipping + tax, beating out FutureShop.ca’s price of $28.99.  Of course, both of these prices at the two stores are not available for in store pick up so you have to pay shipping – and they are not filed under the Blu-ray category making it harder to find (they are under DVD, but are clearly Blu-ray media).  This might not seem like a deal with Amazon.com selling it at $24.95, but with the exchange rate the story is quite different.

Of course, to cable it into my system I needed to buy some cables.  The PS3 supports audio over HDMI or digital optical out.  Since I don’t have an HDMI capable audio setup, I went with a digital optical cable.  My projector only has 2 HDMI inputs, and I wanted to continue to run DVD via HDMI so the Satellite box lost out and has moved to component.  I used Tartan Cables for the component and digital cables, and its parent company Blue Jeans Cable for the HDMI as they had a sale on their old BJC-Series2.  All of the cables came in a single shipment, since Tartan and BlueJean are really the same business.

The PS3 only comes with a single controller, which can be used to control Blu-ray playback but there is an additional Sony Bluetooth remote you can purchase.  I was able to find one used in mint condition for $15 from someone who had upgraded to an integrated automation solution.  The PS3 has been criticized for not having a standard IR control story, and there is merit to this argument.  A number of 3rd party solutions exist such as IR2BT, ps3toothfairy, Schmart and IR4PS3.  I’ve chosen to go with the latter, it is built in Canada and uses the guts from the official Sony Bluetooth based remote meaning it has 100% compatibility.

There are still lots of things for me to do to get the PS3 setup to my satisfaction.  I haven’t yet ordered the rack shelf, but it will be another 2U unit from MiddleAtlantic.  There is a very long thread on AVSForum on setting up the PS3 for Blu-ray playback.  I will also want to get the AVS HD 709 calibration disc and see where things sit (this opens up the whole calibration can of worms again and I really need to find time to do more on this front).  And of course there will be actually getting the IR4PS3 and integrating that into my remote control setup.

Initial impressions can be summarized in one word: Wow.  The ability to deliver 1080p content to my projector (not upscaled) is awesome.  I haven’t yet watched a Blu-ray disc, but just the intro/menu of the Indiana Jones Crystal Skull looks great.  Another thing that impressed me was that my MythTV box was discovered on the network, recognized as a media server – and the PS3 was able to play back recorded content without any complicated setup.   This alone justifies the choice of the PS3 over a stand-alone player for my needs.